Silence can be a lack of communication

His heart beats quickly.
His breath is swift and icy.
He moves fast – faster than most.

This is it, and he knows it.

In and out, up and down the ice, he strategizes and watches closely. Where are his teammates positioned? Is that defenseman close by? He’s been hard to get away from all game. Of course, that’s the point.

Finally it comes. The opportunity. It must be taken. He sees it – the opening. He can do this, he can score to win the game.

The only way to take advantage of the critical opening before him is to get the attention of his teammate up ahead.

He slams his stick down on the ice, banging it repeatedly and quickly. As loud as he can, he yells the code word they agreed upon at the beginning of the season. Success. He’s been heard, now here comes the pass. It better be good.

The puck slams against his stick. He feels the contact. Perfecting his alignment, he goes for the shot.

It feels like slow motion as he watches the puck spin through the air towards the net. Will it be enough?

They win the game.

When we were young many of us were taught that there are, among many, two ways to do wrong:

Naturally, we see failing to act as a lesser mistake than to act with malice. And we often perceive a failure to act as more in the light of lost opportunity rather than overt evil choice. In the sports scene above, we might go so far as to call it paralysis by indecision.

As I write this, I am painfully reminded of a feeling we’ve all had but would give much to avoid: regret.

“I should have said something.”
“Why didn’t I keep my mouth shut?”
“If I had had the luxury of a little more time, I would have made a better decision.”

Imagine you’re in a board meeting and your superior asks if anyone has any key observations to share about a particular project? You’re new on the job and you do have something you think is pertinent to the conversation. But you don’t speak. Fear of error holds you back. What would have happened if you were right?

Picture a recent argument you may have had with a family member. Things started to escalate. You recused yourself. In an effort to keep the peace, you chose silence instead of brutal honesty. Where do you put all those feelings?

You’re in the grocery store and you see someone texting on their phone who is about to collide with a large product display. You hesitate speaking up because you think it’s better to mind your own business. The collision happens and you can tell by the person’s face just how mortified they really are. You could have spared the embarrassment…

Life is filled with all kinds of situations like these. My point is this: sure, you can always choose silence instead of words. If you do, just remember, you’re not saying anything.

What if the hockey player had hesitated? What if he hadn’t slapped his stick as hard or as fast against the ice? What if he and his teammates didn’t have a predetermined code word to indicate “I’m open. PASS!”?

The result would have been different.

Is silence ever better than speaking?

When you aren’t yet certain about your feelings and you don’t know what to say.

When someone needs a hug instead of a cookie-cutter line like “my condolences”.

When it’s time to listen.

When you’re negotiating – never underestimate the power of a silent pause.

There are definitely times when choosing silence over dialogue is peaceful and empowering. It shows discernment to be able to acknowledge that there’s a time and a place for both. When it comes to important matters, however, give yourself the permission to speak up when it counts.

Say it, and it’s for all to hear

Imagine a business that hesitated and doubted itself every time it came to formulating words to let the world know about its product? Quite simply, there would be no business. If you don’t communicate it, it will never be heard.

Feel strongly about something? Use your words.

Is someone trampling your self-worth? Never hold that in.

Do you know something important that your colleagues, and possibly even your boss, doesn’t? Speak up loud and clear.

Could someone really use your voice and your help? Be the bigger person and speak up for those who can’t do it for themselves.

Got something of value to communicate? Don’t hesitate.

Did somebody ask for your opinion? The mic is yours, after all, they must trust your perspective.

It’s up to you, and only you, to decide when to use your words. Choose silence every time if you’re doing it for the right reasons. If, on the other hand, you keep your mouth closed because of fear, doubt or hesitation, think about how your situation might change if the world hears your words. 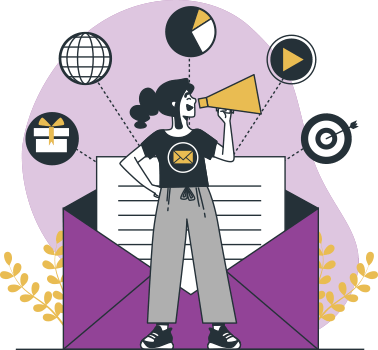 What words are you using to sell?

The better your content, the more you’ll sell A customer types a keyword into…